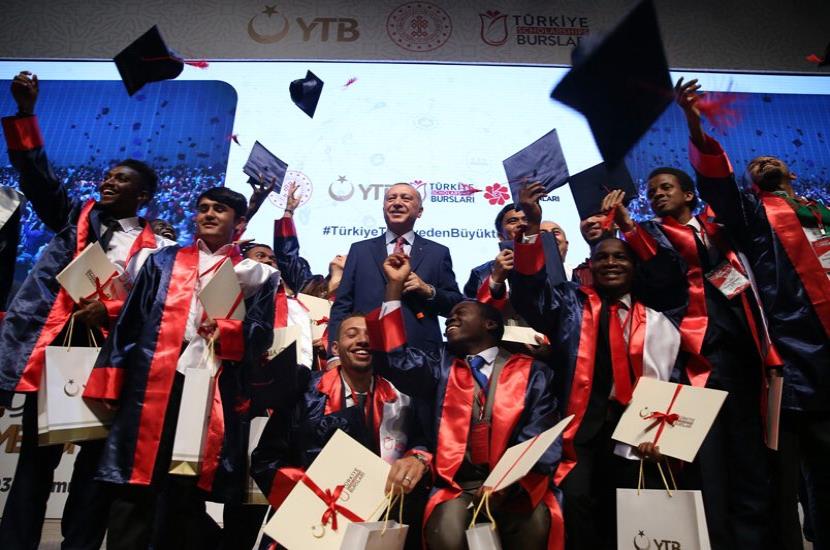 International students who have received their education in our country, coming from all sides of the world with the program “Türkiye Scholarships” of the Presidency for Turks Abroad and Related Communities (YTB) graduated. The President of the Republic Recep Tayyip Erdoğan who spoke in the program said “In this hall, I see the future ministers, prime ministers, politicians, artists, and God Willing, the scientist who will receive Nobel awards. Godspeed and may Allah grant you fortune.”